$300,000 Maintenance Saving After Piping Upgrade at FMG Solomon Mine

Solving key engineering issues in the fines plant has delivered a $300,000 annual maintenance saving at FMG’s Solomon iron ore mine. FMG Solomon’s fixed plant maintenance engineer was tired of replacing pipework in the up current classifiers (UCC) in the process plant.

They were only getting 6 months out of the rubber-lined steel spools, pulling the team away from other scheduled maintenance jobs.

Further along in the plant, the filter belt feed piping was also wearing out too quickly. The abrasive iron ore concentrate was chewing out the HDPE pipework in 3-6 months. This was holding up the drying process as the team were regularly changing out the spools.

The maintenance engineer was keen to trial polymer-lined pipe after seeing it in action at other FMG sites. He invited our piping specialists to Solomon to assess the situation and find a solution. Solomon’s concentrate discharge pipework is similar to other iron ore de-sands or wet plants we’ve seen. The concentrate is gravity fed from the UCC into three lines. Each line has a tundish, elbow bend and then a series of straights to the breaker or kill box.

“This pipework takes a beating – once the UCC has extracted the silt and clay, the concentrate product is very abrasive,” explains our Head of Manufacturing, Geoff McLauchlan. “It’s very hard and sharp, so you need pipework that has high wear resistance, otherwise you’re going to be constantly bandaging or replacing the spools.” 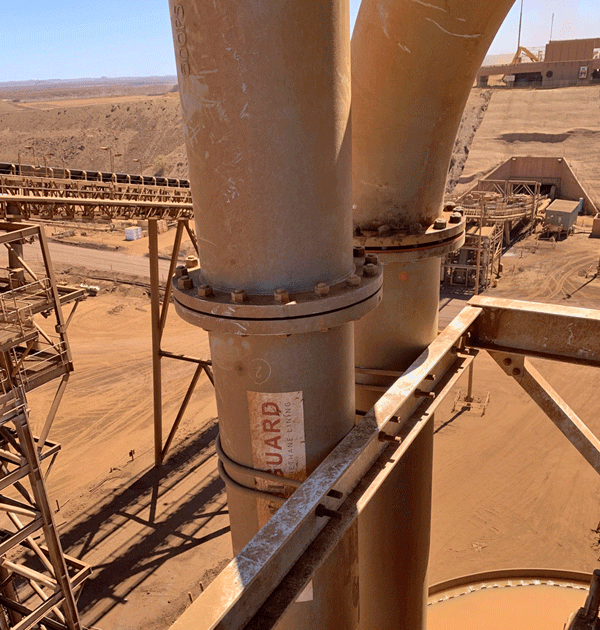 Our analysis found that the worn rubber-lined tundish, straight spools, and elbow spools were wearing prematurely.

It needed to be replaced with piping that was more suited to highly abrasive slurry.

We suggested switching to Abrasiguard slurry piping, a polymer-lined pipe that has a longer lifespan and improves plant throughput. We found that the existing hose had been cut too long, causing kinking and increased wear. Secondly, using a muff coupling hose meant being restricted to the standard 6mm liner thickness, and this wasn’t adequate for transporting abrasive concentrate.

The maintenance engineer realised that fixed flanges were causing headaches for the technicians when replacing the pipework. It was difficult to line up the bolt holes, resulting in extended hours being recorded against the task. To overcome this, we proposed swivel flanges for the new pipework to allow easier install of the new spools and hoses. The final recommendation was to address the accelerated wear rate problem on the HDPE filter belt feed piping.

This section included several Y pieces and bends, so we recommended using a mix of custom built Abrasiguard Y pieces, and Slurryflex mining hose on the straights.

These products are far more durable than HDPE, so would significantly increase the lifespan of the pipework.

Going with a higher wear resistant piping system has been a win for the maintenance engineer and his team. They’ve saved $300,000 per year in maintenance and replacement costs by upgrading to longer wearing pipework.

For the maintenance engineer, it’s taken the frustration out of maintenance and shutdowns. They’ve been able to get on with other improvements in the plant and put an end to constant bandage jobs in an important area of the plant. 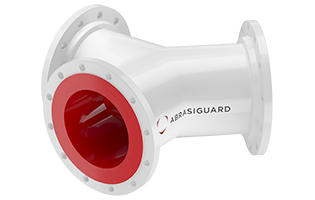 A high-performance polyurethane-lined Y-piece or lateral spool used in the most aggressive high-wear slurry applications. 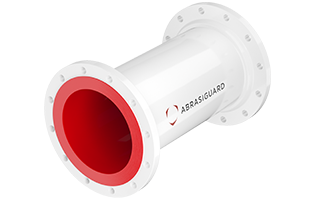 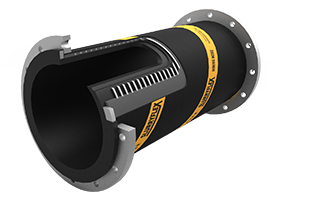 A flexible rubber mining hose with a rigid wall used for slurry suction and discharge service. 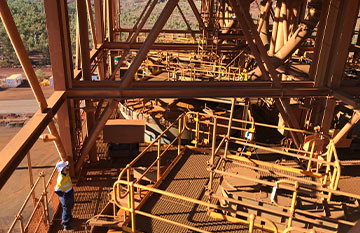