Our customer, a reliability engineer at FMG’s Solomon mine, was getting frustrated. An elbow in the cyclone overflow pipework was failing far too quickly, causing unplanned shutdowns.

Even after upgrading to ceramic-lined pipe it was still a case of when—not if—the elbow was going to fail again. The elbow in question was at the bottom of a 20-metre drop, so slurry was free-falling at high velocity and hitting the outer arch of the elbow.

The original rubber lined steel bend had lasted six months on average, often failing before a scheduled shutdown. They then upgraded to ceramic-lined steel pipe, a more expensive option that only lasted 10–12 months. They needed something that would last much longer but were running out of ideas.

The location of the pipe meant that every time it failed, they had to hire a crane with crew, plus fitters to do the work. These changeouts needed thorough planning and became a major job during each shutdown. With labour and equipment hire, their changeout costs were much higher than the cost of the elbow itself. Customers often invite us on-site to help them figure out problem slurry piping areas. We know what works and what doesn’t based on years of practical experience. This means we can give them the information they need to solve the problem and get things running smoothly again.

Our customer invited us to site to have a look at the elbow. He showed us the failing spool and told us about the problem. We took measurements, drawings and photos so our expert team could do further analysis and come up with a clear recommendation to fix the issue.

With all the information in hand, our specialists sent the customer a report with practical recommendations so he could make a good decision about what to do next. Our analysis found that, while the decision to switch to ceramic-lined steel pipe made sense, there was a fundamental problem. Steel pipe has no flexibility or shock absorption, so the impact of the falling slurry was wearing through the ceramic tiles too quickly.

The elbow’s tight bend radius also created a high level of isolated wear in the elbow. They needed an elbow with high abrasion resistance that could also absorb the impact of the high-velocity slurry. So, we suggested increasing the radius of the elbow to better manage the path of the slurry and reduce wear.

We recommended a Slurryflex CLX elbow as the choice we’d make if it was our plant. We build these with the ceramic tiles integrally bonded into the rubber mining hose. The flexible rubber hose can absorb and dissipate impact while maintaining the high wear resistance of ceramic lining.

For the reliability engineer and his team, there’s a sense of relief in fixing a problem. They no longer have that sense of dread waiting for the spool to fail or stress from an unplanned shutdown that stopped production. Plus, they could now get on with improvements in other areas of the plant.

We understand the frustration of having to fix the same pipes over and over, so coming up with a practical and easy solution for the team was a big win for us too. 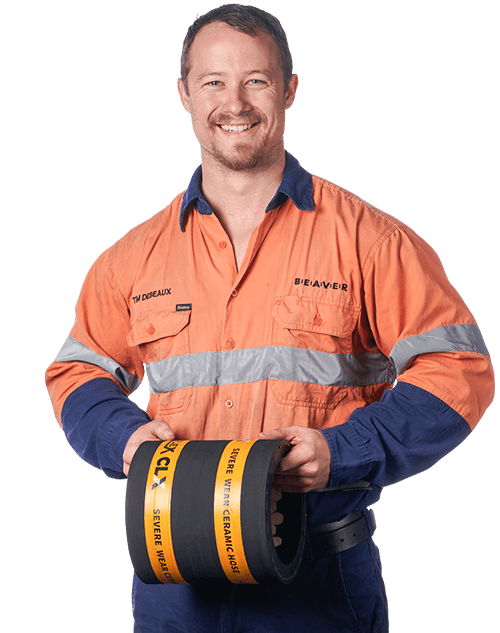 We can help you figure out the causes of high wear in your plant. Talk to our friendly specialists today.
Talk to our team 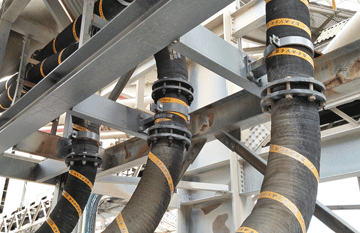 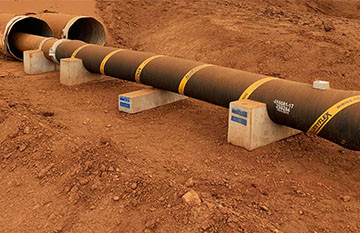